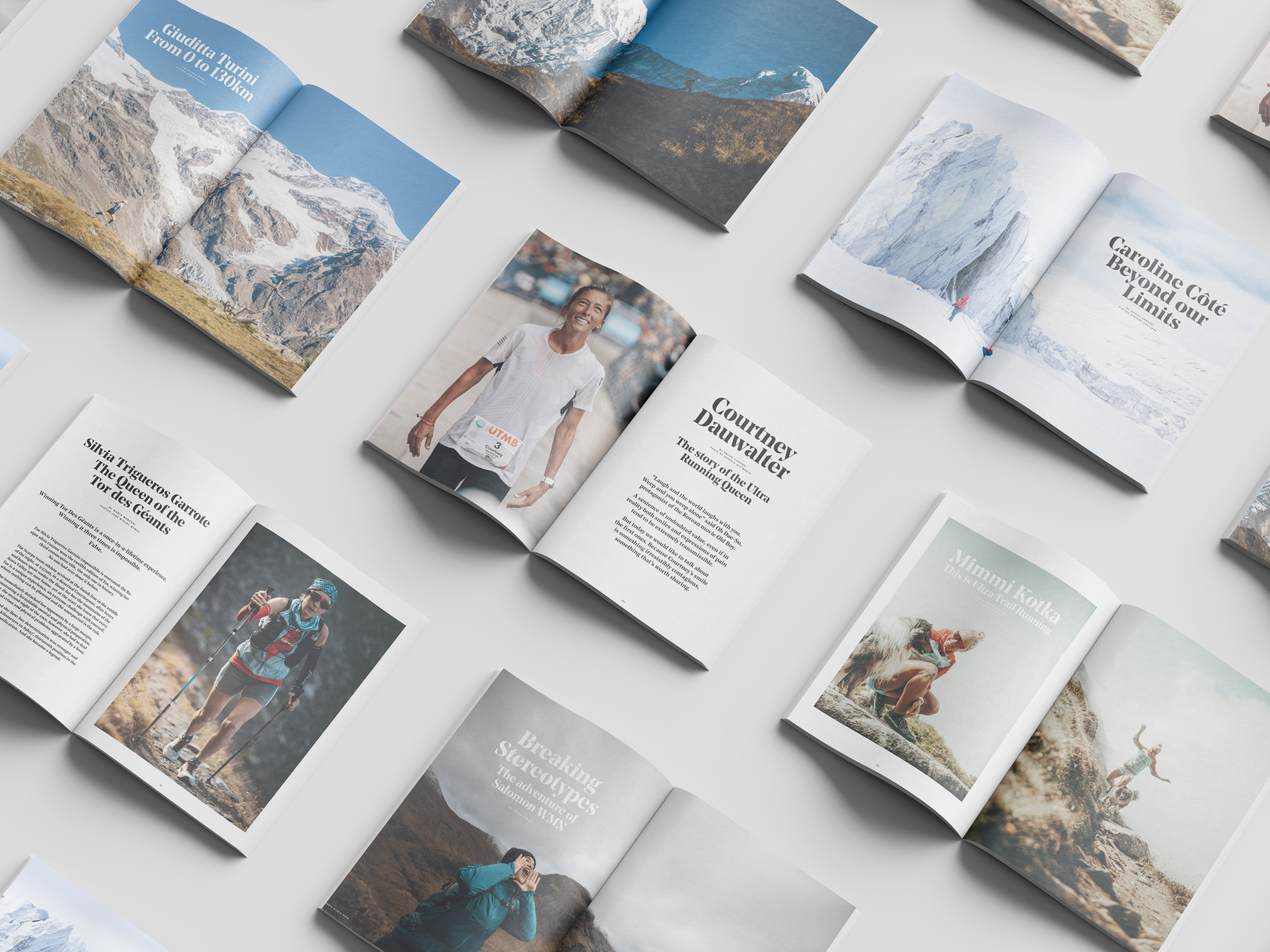 The Pill Magazine 48 Women’s Issue is available at top Outdoor Stores, newsstands, Amazon and in our Online Shop.

Order your copy of The Pill Magazine 48 Women’s Issue by clicking here or browse previous issues.

I have always had a super partes position in life. From silly home discussions on the cooking time of spaghetti, to more urgent issues such as equality, race or gender. It is a trite theme, withdrawn, poorly digested and endlessly regurgitated. I am convinced that no other opinions are needed on this. Thoughts have already been thought, sentences already been pronounced, words already been written. My view about this would only feed an already overflowing cauldron of anger, frustration and (often unsubstantiated) controversy. It is not useless or wrong to fight for a cause you believe in. However, it is out of place, even dangerous, to take on the role of a contemporary suffragette who proudly flaunts her “Votes For Women”. Care must be taken not to confuse times and methods. We need to know how to separate realities, eras. We are confusing the gravity of not having access to the vote, and the consequent tragic exclusion from political life, with something that often I miss.

Of course our mothers were very much able to stand up for themselves. In opposition to men, they chained themselves to the railings of the cities, burning or filling the mailboxes with jam. (Violence is never a solution, but well done girls.)
However, it is a lack of respect now to compare the two situations. There are those who have had to earn the right to have an opinion by paying with the guillotine. Today, the defense of the rights we have as women is often confused with a stance at all costs, not always informed and aware. I do not want to list the examples, sometimes subtle, proof of how much work still needs to be done on the issue, this is not the place. Instead, I would like to focus on the results achieved.

I am pleased, because in the end I cheer for my team, when a woman wins an ultra running race (a not so rare event), but I do not understand and I cannot reduce sport and life to a mere question of gender. We are simply different, women and men. Our real lack, as women, was to want to confront ourselves with the same measure. Rather than understanding the strength of our “weaknesses”, if we want to define them in this way. It is sacrosanct to have the same possibilities, it is right to fight for the same rights, it is wrong to pursue the same results. We are not inferior if we climb a simpler grade or if we run slower: we are different. Science, God, Jesus, Brahma, Shiva or the Gods of Olympus, have chosen to make us different, it was necessary.

The real problem, in my opinion, does not lie in the question “let’s fight for equal rights”. Not because it is not important, it is vital, but because in 2021 there should be no need to talk about it, simply. The problem is the internal conflict between women who are confused about the nature of their roles. Too many women do not embrace their femininity, we ourselves often label it first as a sign of weakness. On the other hand, too many of us take advantage of the alleged advantages that being “female” can bring, by wearing a lower-cut blouse, for example. You see the conflict right? I am convinced of it. Sometimes I have the feeling that ours is an internal battle. Women vs Women. And while one platoon gains a few meters, another runs in the opposite direction making the whole troop forget the real opponent.

I believe, in short, that we need to work a lot on the self-awareness of the individual, before talking about women or men. I believe a more close-knit and conscious collective identity should be created: a united one. That when we are fighting for what we think is an injustice that we received, it will allow us to fully understand what we are fighting for. Preventing us from falling into a bottomless pit of clichés.

The human species, like all species, has only one purpose, after all. Reproduction. To progress. Someone, among those mentioned above, gave the man a robust body, with sculpted muscles and hard shapes and, to the woman, gave sweetness of features, more timid muscles and a soft and round shell.

What will you find in The Pill?

Caroline Cotè
Known for her wonderful shots in the mountains and remote forests of our planet. From Antarctica, to Quebec, to Alaska, on foot, in a canoe, on a bike or on skis, alone or in a group, exploring and telling what she lives is her job, her mission.

Silvia Trigueros Garrote
Winning the Tor Des Géants is unrepeatable. Winning it three times in a row is impossible. The Basque ultra runner, SCARPA athlete, proved that the impossible is overrated, winning her third consecutive title at the Tor.

Alba de Silvestro
After a dawn trek and a long shoot, we manage to have a coffee and a chat with Alba de Silvestro, Dynafit professional ski mountaineering athlete and member of the Italian National Team.

Giuditta Turini
Born in Gressoney, her love for the mountains and wild nature pushed her to compete in some of the most prestigious trail races in the world with the Hoka One One team and her partner Franco Collè.

Breaking Stereotypes
Talking about “woman”, in a world in which we hear about “woman” very often, is not so obvious. You don’t want to tell platitudes or belittle the subject, not to be extreme or superficial. How to reconcile everything?

Courtney Dauwalter
Growing up in Hopkinks, the queen of ultra running has been passionate about sports since childhood. Her first rewards came during her high school career, turning out four-time Minnesota state cross-country skiing champions.

Mira Rai
Mira is a young Nepalese woman. Born in 1988, she went from being a child rice harvester to a Maoist soldier, Salomon runner now trail running champion and symbol of international optimism.