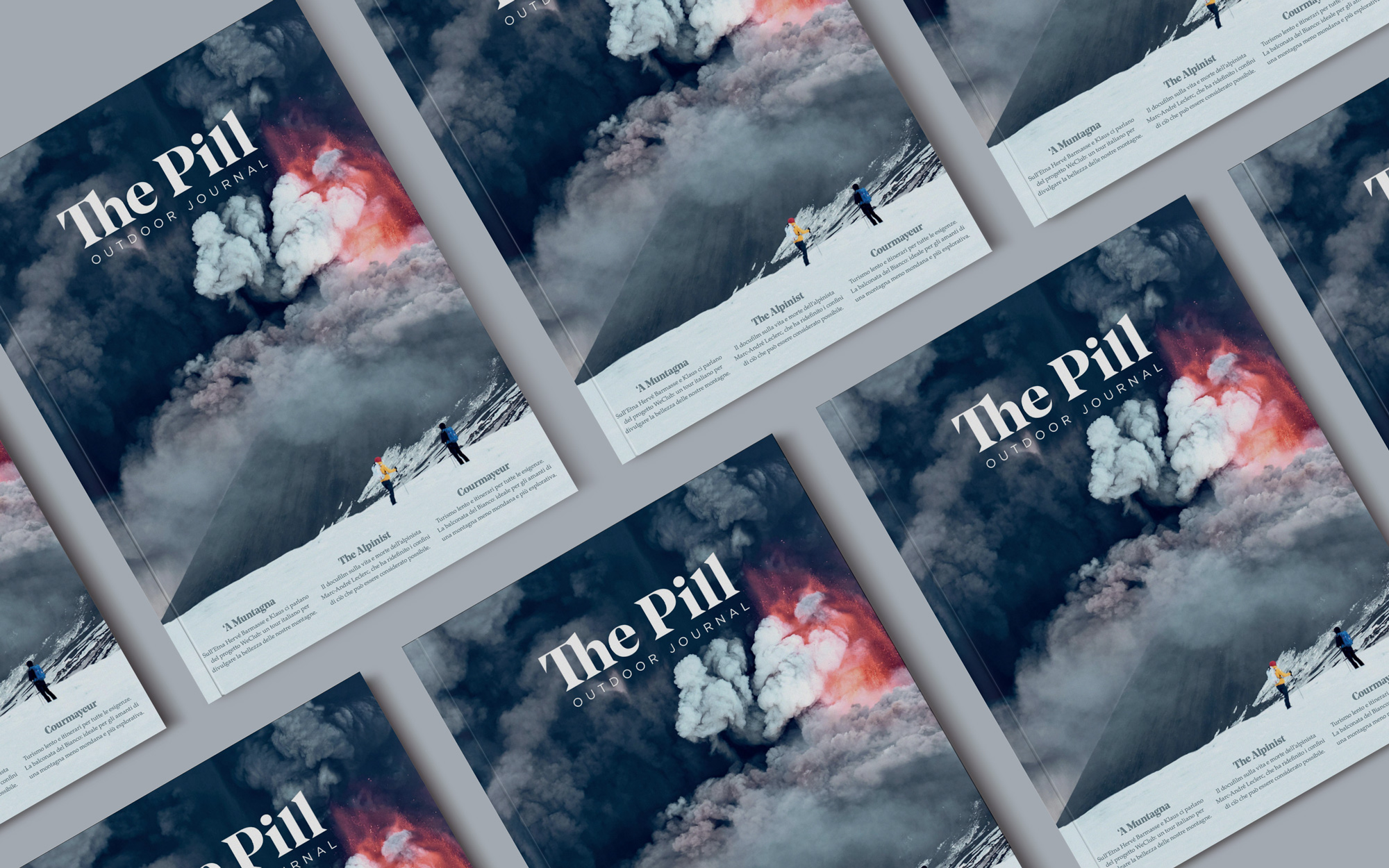 The March issue has arrived!
The Pill Outdoor Journal, on the cover Hervé Barmasse with Tudor Klaus Laurini exploring under a rare eruption of Etna, photographed by Chiara Guglielmina. You can find The Pill in 1,224 outdoor stores, 510 hotels, selected newsstands and in our online shop.
Available in Italian and English versions.

Among the issues that have always tormented men, the one about the functioning of the human mind stands out. The only certainty of modernity seemed to be that, over time, the intellect could only evolve unchallenged. However, the widespread optimism starting from the second half of the 1900s seems to be unjustified today. Studies conducted starting from the first years of 2000, in fact, would show how our potential is undergoing a turnaround. As the growth of computing capabilities increases exponentially, human intelligence appears to be in decline, challenged by the evolution of artificial intelligences, the omnipresence of technology and the influence it has on individuals raised in the digital age. Passive dependence on devices, programs and services that allow you to solve any decision-making or mnemonic problem in a few fractions of a second collides with both the development of rational and emotional intelligence. We live under a cyber rain of notifications, messages, images, information and sounds that tends to trigger feelings of stress, leading to a general impoverishment of judgment and decision-making skills.

The inability to slow down this frenetic pace and to think slowly about the nature of the problems we face leads to an absence of cerebral stresses, which are fundamental for our cognitive development. Confirming the high degree of elasticity of the human brain, a famous study by the University College of London reveals that in London taxi drivers without GPS devices, the hippocampus is more developed than average. This area of the cerebral cortex is primarily responsible for managing memory and learning. In short, whenever we decide to delegate a task to one of the various IT appendages that dominate our life, we are giving up an active stimulus in the areas of memory, emotional control and abstract thought processing. Think about it when, if only out of laziness, you open Google Maps or Waze to reach a destination.

If it’s true that technology represents a fundamental resource for the development of the society and the universal diffusion of well-being, a critical and active vision of the effects it generates is equally crucial. Through the abuse of technological aids we are accepting a reduction in our thinking power. The human intellect seems increasingly projected towards a single goal: the study and design of autonomous versions of itself and this, rather than exalt us, should at least make us reflect. Within this labyrinth, the only winner is technology, at the expense of an ever greater intellectual atrophy due to the elimination of thought fatigue. In short, while artificial intelligence prospers, we are getting dumber every day.

Etna warmly welcomed Hervé Barmasse and Klaus for their WeClub project, an Italian tour to show the beauty of the mountains in a visionary way.

Between snow and land

From Freeride World Qualifier up to the organic farm, the step is shorter than you might think, you understand it when you happen to have a chat with Luca Dalpez.

Mountain Guide for 11 years, François Cazzanelli has opened routes in the Alps and in the Himalayas, building a new piece of his history with each climb. Today he wears the colors of La Sportiva and looks at his home mountains with different eyes.

Francesco Pierini’s documentary, which features climber Luca Andreozzi, tells the story of a journey in search of forgotten climbing routes that have remained, for some reason, outside the pages of history books.

The Alpinist with Marc-André Leclerc

In March, The Alpinist hit theaters, the documentary about the life of mountaineer Marc-André Leclerc, who has redefined the boundaries of what can be considered possible.

Slow tourism and itineraries for everyone. The balcony of Mount Blanc: it runs parallel to the long crest of the Grandes Jorasses and allows you to observe all the peaks, ideal for lovers of a more exploratory mountain.

After three long attempts, and after losing his climbing partners in a series of unfortunate accidents, Matteo Della Bordella has achieved a dream: open a new route on the Cerro Torre. With him, Mattia De Zaiacomo and David Bacci.

Mountaineers Luca Schiera and Paolo Marazzi, fed up with the routes already traced, went back for the third time to Campo de Hielo Norte. The result is a race against time in the last window of good weather.

When he was 29, a rather aggressive meningitis took away both his legs and seven fingers on his hands. Now, at 36, he is ready to face Everest.

She’s just 16, but she’s already a big name in the world of bouldering and climbing. She dreams of the Olympics, but for the moment she is “satisfied” with scoring great results in the World Cup.

You can find The Pill Outdoor Journal 52 on our online store, in the best European Outdoor stores and you can browse it conveniently on issuu.
Click below for more information!